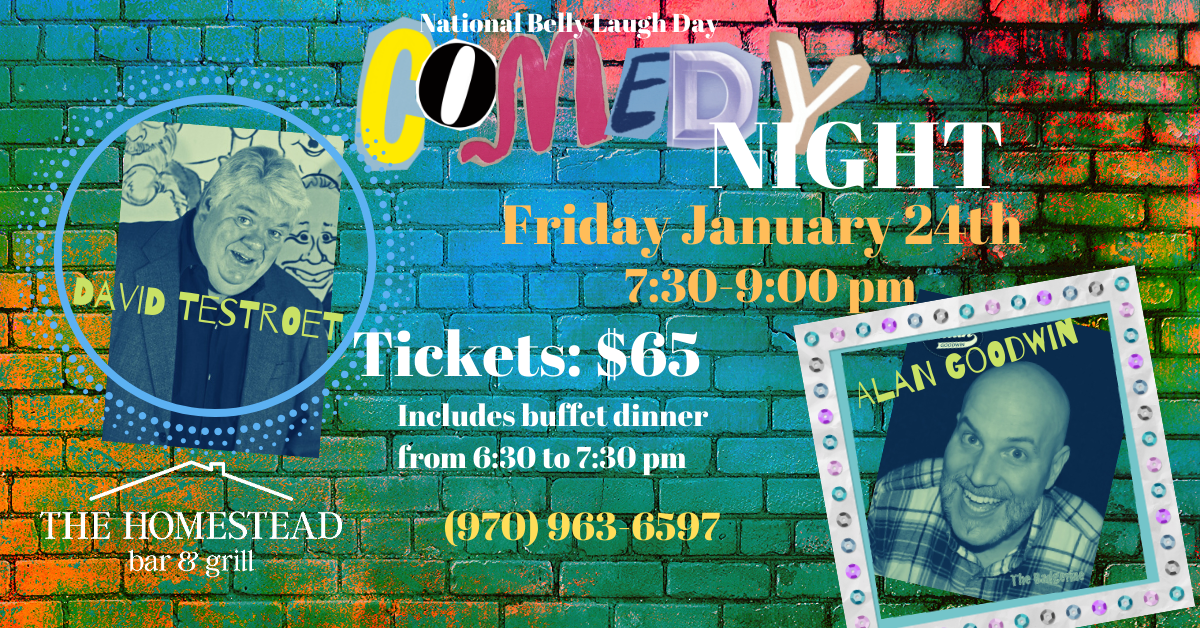 Join us for a night of laughs on National Belly Laugh Day (seriously that is a thing)! These guys are funny and come with cred! Clean good humor is suitable for all audiences. $65 Ticket price will include a buffet dinner from 6:30-7:30 pm! Seating is limited, so book today!

Opener David Testerot, is a well rounded individual with a different way of thinking. He has been doing comedy on the road for over fifteen years and this guy has played it all. David has appeared on Candid Camera, CBS’s Hot from the Inferno, FOX, and Showtimes Comedy Network. He has developed into his act with a style that is all his own.

Featured comedian, Alan Goodwin is one of the funniest and respected comics on the circuit today. Al has performed nationally on the comedy show LAUGHS on FOX, he was a finalist in the 2014 World Series of Comedy, and he represented the East Coast in Las Vegas in HBO’s Lucky 21 Comedy Contest. You can also catch Al in the 4th season of House of Cards.

Al was a winner on America’s Funniest People, he has been interviewed on The Billy Bush Show, and he has been seen in numerous PBS commercials. Having played almost every club and college in the country, Al has progressed to larger venues and theaters opening for Jim Gaffigan, Kathleen Madigan, Dave Chappelle, and Steven Wright.

If you haven’t experienced an Al Goodwin performance…you owe it to yourself to put this on your must do list and bring some friends. Why? Because laughter at an Al Goodwin show is always guaranteed!

What Golfers are Saying!